Katogi Averoff winery is located in Metsovo village at an altitude of 1100 metres. In 1973 they started the construction of the building in order to meet the increasing production needs. Today, after the extensions and innovations that have been made, the winery possesses all the necessary for the production and bottling, equipment. Its cellars can boast over 1200 oak barrels for the maturation of red wines, while the winery shop offers rare and collectible bottled wines that date back to 1974. Katogi Averoff offers the visits, a tour in the production area, information on the history of the Estate, with the employment of audio-visual media and wine tasting.The vineyards in Yiniets are the highest in Greece; clinging to the slopes of Mount Pindus in an area where the seasons have a rhythm of their own, the vines mature slowly. Yiniets, which means ‘vineyard’ in the local Vlach dialect, is planted with Cabernet Sauvignon, Merlot, Cabernet Franc, Pinot Noir and Traminer. The grapes are usually harvested in early to mid October. The Anavyssos winery constitutes the hub of Strofilia’s white wine production. Decorated inside and outside with works of art by contemporary artists, it is equipped with dozens of tanks, climatically-controlled storage areas and a separate visitors centre where tastings and other wine-related events are held. The winery in Asprokampos is estableshed at an altitude of 800 meters and constitutes the center of red vinification for the grapes coming from Strofilia. The grapes vinificated there belong to the variety of Agiorgitiko which thrives in the area, as also the variety of Roditis which is being cultivated in the village of Mamousia. The main variety grown in Anavyssos is Savvatiano. The winery in Anavyssos forms the hub of Strofilia white wine production. Decorated inside and out with works by contemporary Greek artists, it is equipped with dozens of tanks, tempertaure-controlled storage areas and a separate hall open to visitm where tastings and other wine-related events are held. The winery in Asprokampos stands 800 metres above sea level and forms the centre of Strofilia’s red wine production, which is focused on two main grapes: Agiorgitiko, which thrives in the vicinity, and Roditis, which is cultivated nearby the Mamousia plateau. At Anavyssos in Attiki, the vineyards of the Estate mainly grow Savvatiano, a Greek grape variety ideally suited to the Attic climate: dry with a mild winter, limited rainfall and a hot, arid summer. Production per hectare is minimized to maximize grape quality. Other varieties grown at Anavyssos include Cabernet Sauvignon and Malagouzia. The Nemea vineyards are situated in Asprokambos, a village in the mountainous part of Nemea, and focus on the production of Agiorgitiko, a Greek grape variety. The vineyards in Aigialeia on the Mamousia plateau, where the climate-hot, dry summers and wet winters-allows the grapes of Roditis variety grow there to achieve its full potential, produce also grapes certified as organic by DIO, the Greek Organization for Inspecting and Certifying Organic Products. Other varieties grown in Nemea include Chardonnay, Viognier, Syrah and Cabernet Sauvignon. 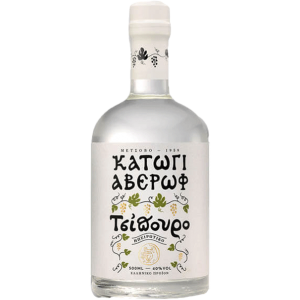 New
Brand: Katogi Averoff
Katogi Averoff Tsipouro without anise 500ml
Coming from the mountains of Pindos, the idea to produce tsipouro at Katogi Averof comes from Evangelos Averof himself. An idea that is part of the wider development of the products of Metsovo, exploiting the most of regio grapes.After the grapes are vinified for the production of Katogi Averof wine..
11.60€
Ex Tax:9.35€
Add to Cart
Add to Wish List Compare this Product
Buy Now Ask Question
Quickview 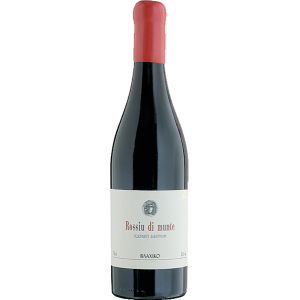 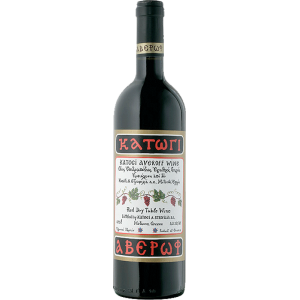 Brand: Katogi Averoff
Katogi Averoff Red 2018 Magnum
Katogi Averof Red, is one of the most historic wines of Greece and a synonym of high quality wine production since 1963. The Cabernet Sauvignon vines were the first international variety planting in the country in 1958, that, in addition with Agiorgitiko and Merlot, produce this unique label.Complex..
35.90€
Ex Tax:28.95€
Add to Cart
Add to Wish List Compare this Product
Buy Now Ask Question
Showing 1 to 3 of 3 (1 Pages)