On the coast of Thrace, in the south of the peripheral unit of Xanthi, lies Avdira, the homeland of Democritus, father of the atomic theory, Leucippus and the great sophist Protagoras. In ancient times, viniculture flourished on the hilly areas of the region, as it is also mentioned in Pindar paeans. In the Byzantine era, Avdira together with the region of Maronia constituted one of Byzantium vineyards and it was here that the celebrated Pamiti wine (from the ancient Greek “pan-methi”) was produced. At the time of the Ottoman Empire, the French consul in Constantinople likens the area to that of Bordeaux in one of his reports to Paris. At the end of the 19th century, the vineyard was destroyed by plylloxera (vine louse) and the locals turned to tobacco cultivation. Refugees from East Thrace and Asia Minor settling into the area planted small-sized family vineyards which were, also, destroyed in the 1960s. From that time to the 1990s, there was no viticulture in the area. In 1999, the family of Nikos and Flora Vourvoukeli planted 2 hectares of land on the fertile hills of the area with indigenous and foreign wine grape varieties, with a view to realizing their vision of reviving the famous Avdira vineyard. It gradually developed into a privately owned 12-hectare vineyard which is cultivated in accordance with the regulations for organic farming. The choice of organic farming was made due to the particular flavorable climate of the region. At present, two of the sons, Georgios and Odysseas, are involved with winegrowing and wine making, having both extensive education and training in this field. The traditional winery of the Vourvoukeli family, which accepts visitors was completed in 2004. It is located in the entrance of Avdira, on the provincial road 20 km from the town of Xanthi and 40 km from the Kavala International Airport “Megas Alexandros”. 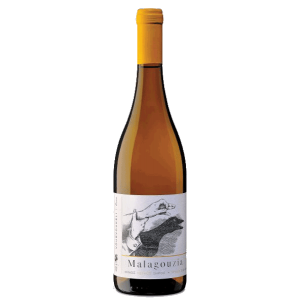 Out Of Stock
Brand: Vourvoukelis - Estate
Vourvoukeli Estate Malagousia 2021
On the face we have a light lemon color. On the nose we find stone fruit aromas followed by citrus fruits, framed by subtle floral and herbal notes. On the palate it is full, with good acidity, a subtle oiliness and a lasting aftertaste...
13.80€ 14.30€
Ex Tax:11.13€
Add to Wish List Compare this Product
Quickview 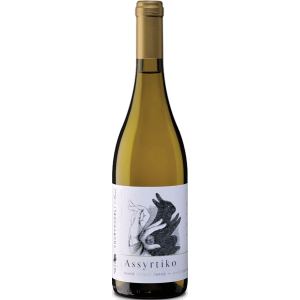