Since the early 20th century, the grandfathers of Kardasis family have been occupied with viticulture and grape products trading. Konstantinos Kardasis dealt with wine and tsipouro exports to the neighbouring areas and Evaggelos Kardasis bought his first copper still in 1924 and produced tsipouro and wine. Theodoros, in 1952, after having accomplished his military duties, bought a vehicle (a military jeep) and continued to develop the commercial activities of the family. In 1962, he established his first new copper still. For the next 30 years he had been planting new vineyards increasing the production. In 1989, the law allowing tsipouro bottling passed (until that moment tsipouro released in bulk). In 1991, the son of Konstantinos founds Kardasis Distillery. In the first years, there was a considerable skepticism of consumers towards this “new” product, which was faced as an “industrial product”. Through years bottled tsipouro gained consumer trust. In 2005, the company was supplied with modern mechanical machinery. Since 2006, it has been applied the ISO 22000:2005 Food Safety Management System. 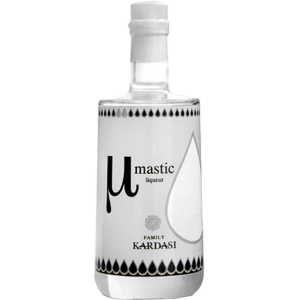 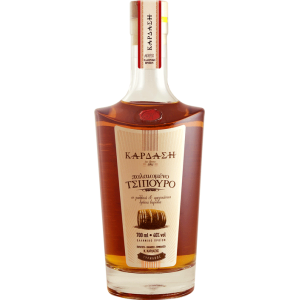 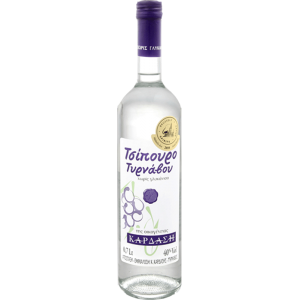 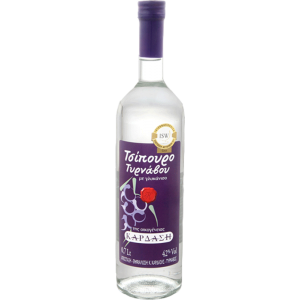