Moraitis family winery is located in Naoussa in the island of Paros, by the beach of Agioi Anargyroi. In 1910, Manolis Moraitis, grand father of the family, started operating the winery. He cultivated his own vineyards to make his wine, while he, also, gathered grapes from other producers of the island. He released his wine in oak barrels and exported it to several parts of Greece. Subsequently, the second generation undertook the winery and the father of the family, Theodoros Moraitis, continued with the viticulture, wine making and exports, till 1967 when he bottled, for the first time, his wine. In 1980 the third generation took over, represented by Manolis Moraitis junior, who puts his own mark in the history of the winery. He renovated the winery and introduced modern machinery. He, also, extended the vineyard and planted with indigenous varieties. He struggles to save the historic vineyard of Paros from the tourism development. The vineyards of Moraitis family cover an area of 150 acres and are being cultivated with a lot of care, according to the guidelines of of the reulations concerning Organic Cultivation of vine. They are located in the regions of Kamares, Agioi Anargyroi, Kolympithres, Ambelas, Ysterni, Stavros, Sarakiniko and Leivadia and the vines have been trained linearly in an upright direction. The varieties planted are: Mantilaria, Aidani, Kokkino, Karabraimi, Monemvasia, Assyrtiko, Malagouzia, White Aidani, Malvasia, Sauvignon blanc, Cabernet, Merlot and Syrah. 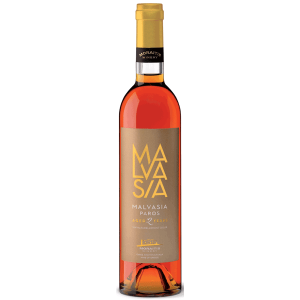 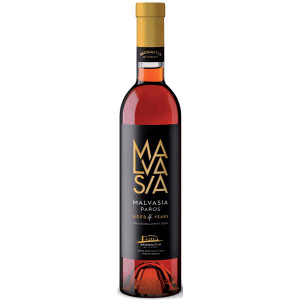 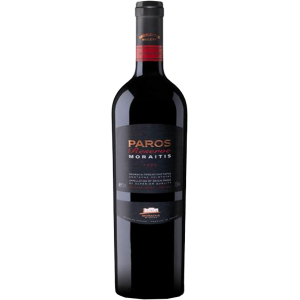 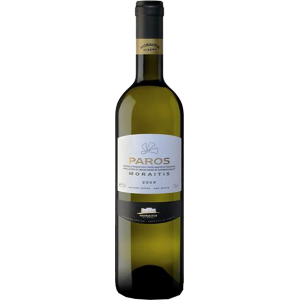 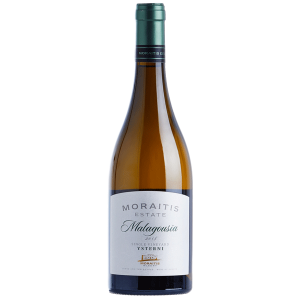 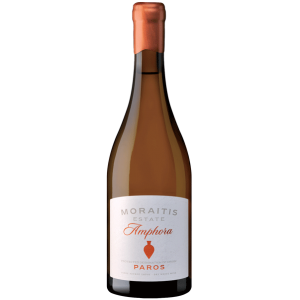 Brand: Moraitis - Winery
Moraitis Estate Amphora 2019
The new venture of Moraitis Estate is an amphora-aged Monemvasia wine. Fruit is sourced from a vineyard in Agioi Anargyroi, which is organically farmed with respect to the cultivating tradition of the island of Paros. Spontaneous fermentation in amphoras of 250lt and 500lt. The wine stays with the s..
29.90€
Ex Tax:24.11€
Add to Cart
Add to Wish List Compare this Product
Buy Now Ask Question
Quickview 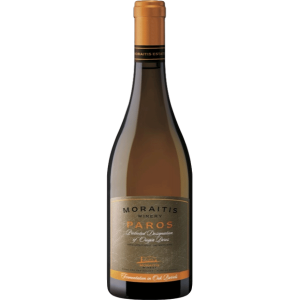 RP '19
88
D '16
Silver (91)
Brand: Moraitis - Winery
Moraitis Estate Paros Barrel 2018
An aromatic wine from the mountain Monemvasia on the plots of Lefkes,Thapsana and Stavros. The 5 months aging in oak barrels offers the wine, character, exuberance and unique personality. Its fruity aromas mix up with hints of honey, smoke and barrel, while the presence of oak gives volume in mouth...
13.20€ 13.60€
Ex Tax:10.65€
Add to Cart
Add to Wish List Compare this Product
Buy Now Ask Question
Quickview 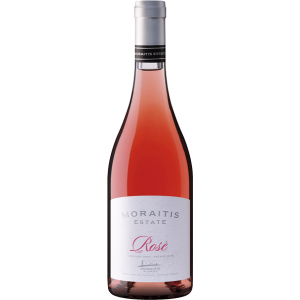