Skouras Synoro: Read the full article of Konstantinos Lazarakis MW and enjoy
the vintages of 2008, 2012, as well as the current one of 2015, with just a click! 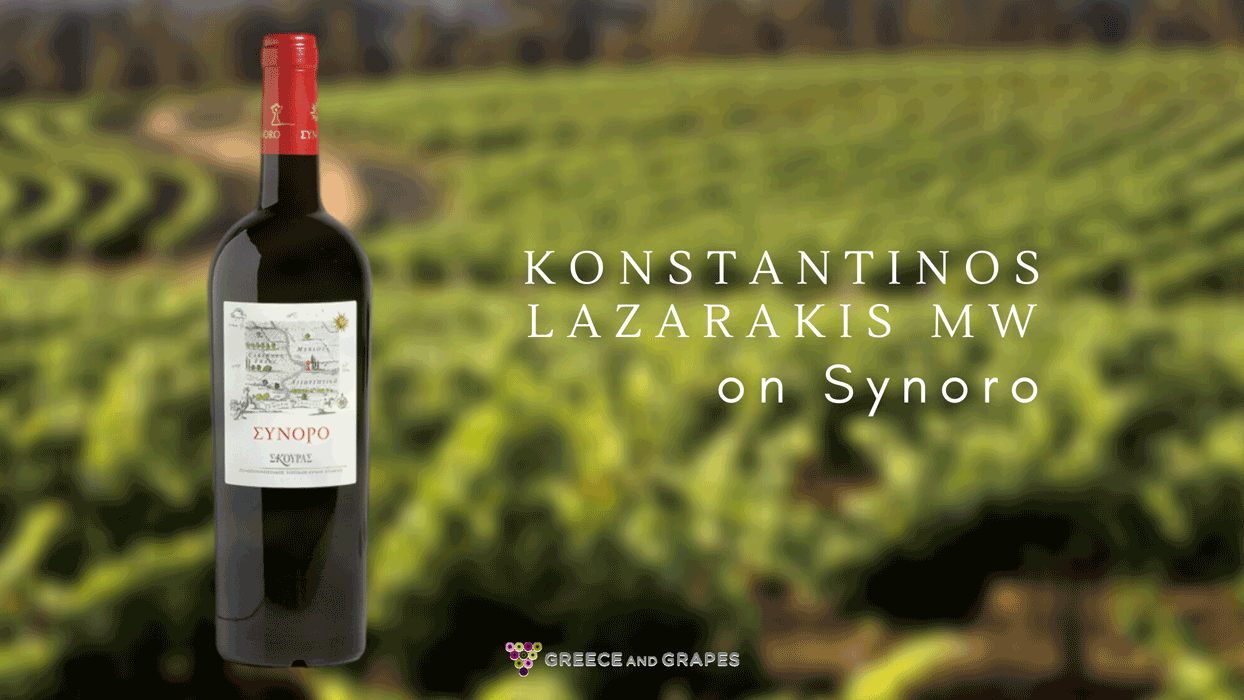 The wine area for a few years now is the best wine area ever! A few decades ago there was a lot of bad wine out there - a lot both in terms of quantity but also in terms of "badness", even in well-known wines. On the other hand, excellent wines were relatively rare and expensive.

In the last decade, expensive wines have reached stratospheric price levels, while demand has skyrocketed. At the other end of the spectrum, developments in the science of oenology and viticulture have almost eliminated poor quality. Almost. The great interest is in the wines of the middle class, wines that do not sweep the board but offer strong wine emotions at reasonable prices. Many of them have a serious aging potential, without having to keep them in the closet for two decades to reach a good spot.

The question is how many of us have the wine wisdom to buy such wonderful wines and stay away from them for two, five, ten years.

This shows how great a wine producer George Skouras is. He gives us great wines but also has the ability to give the market small quantities from past years, just to see how wonderfully the game plays.

Synoro (Greek for border) is one of the most imaginative reds produced by Domaine Skouras, a beautiful blend of Merlot, Cabernet Franc and Agiorgitiko. Although it stays in the cellar of the winery for several years before it is released on the market - now the 2015 harvest is in circulation - Synoro is a wine that goes through different stages but just as shocking. The creator himself says that in the beginning Merlot stands out, as in the harvest of 2014, then it enters the phase of Agiorgitiko, as in the vintages of 2012 and 2011, while after the decade, say in 2008, 2007 and 2006, Cabernet Franc begins to rise.

It is our great pleasure to offer the above "library crops" of Skouras Synoro. It is worth noting that these bottles, until a few weeks ago, were resting in the ideal conditions of the cellar of the estate. Ideally, buy one bottle from each vintage, get together with a few friends (as long as the number of people does not exceed the allowable limit) and get lost in the magic of Synoro.