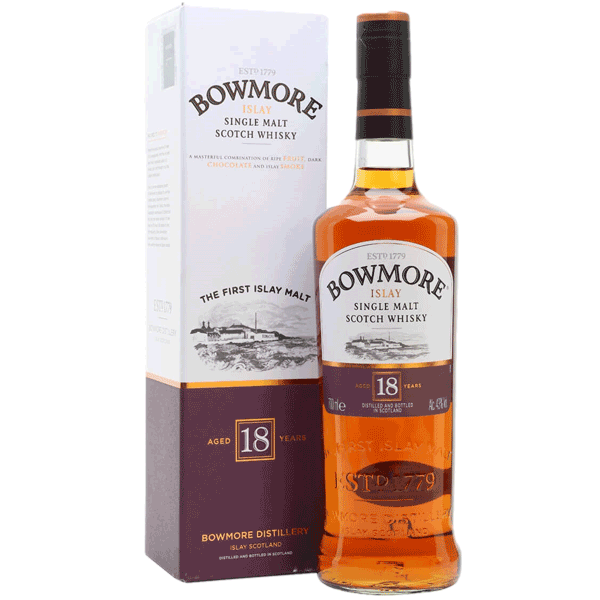 Islay is the fifth largest island in Scotland, and in 1779 the Bowmore Distillery was founded on the shores of the Loch Indaal, which flows into the Atlantic and is believed to have differentiated water quality. In addition, storage at the legendary No1 Vaults, Scotland's oldest warehouse and the only one under the sea, plays an important role.

The Bowmore 18yo ages for at least 18 years in Pedro Ximenez and Oloroso sherry barrels and its limited production makes it extremely rare. The smoky aroma is dominant and is accompanied by caramel, chocolate, ripe fruit, with cocoa notes following. In the mouth balanced and exuberant, with a fruity long aftertaste. 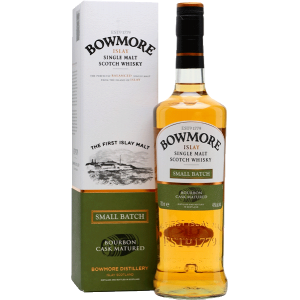