Katsaros Estate was established in the decade of the 1980, in the region of Krania, in the Eastern side of Olympus mountain by doctor Dimitris Katsaros.The town of Krania is settled on the slopes of Kato Olympus, at an altitude of 700 meters. According to testimonials, in ancient times, as also in the Byzantine period and the recent years, there were remarkable vine plots in the area. Through years, vine plots were deserted. Dimitris Katsaros and his wife Stella decided to revive the cultivation of vine in the area and started experimenting with the plantation of several grape varieties. Afterwards, the family bought plots on the slopes of the Southeastern side of Olympus mountain where they cultivated the varieties of Cabernet Sauvignon, Merlot and Chardonnay. In 1987, they released their first wine. 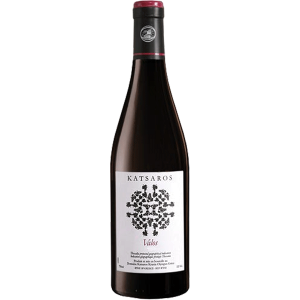 RP '14
88
D '14
Bronze (86)
Brand: Katsaros - Estate
Katsaros Estate Valos 2017
Ruby color in the glass. The aromatic character is intense with sun-dried tomatoes, blackberries, red cherries starring and hints of herbs and olives to follow. Full on the palate, with a high fruit concentration, where the acidity along with the well-integrated tannins lead us to a long pleasant fi..
14.60€ 14.70€
Ex Tax:11.77€
Add to Cart
Add to Wish List Compare this Product
Buy Now Ask Question
Quickview 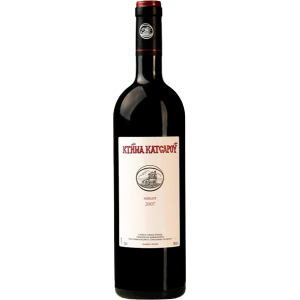