Over recent years Greece progressed markedly in the production of spirits. "Simple" as well as aged samples excel in international competitions and markets, with what was valid in the previous decade being a distant past.

Let's get to know the Greek spirits together!

But how is a distillate made? I won't bore you with the technical details, so here are the steps:

1. Selection of the raw material, from which the category of the distillate is derived. Examples include wheat and cereals in general (whiskey, vodka), corn (bourbon), grapes (tsipouro, grappa), wine (Cognac), potatoes (vodka), agave (tequila), cane (rum) and many more.

2. The handling of this material, in order to produce a solution containing sugars, necessary for the production of alcohol.

3. Alcoholic fermentation, which will convert these sugars into a low-alcohol product (usually 3% to 6% ABV). Imagine making a "beer" from the original material.

4. Distillation, which will concentrate aromas and flavors and will further raise the alcoholic strength.

5. The subsequent processes, aimed at stylistic differentiations, such as maturation, flavouring, mixing and others.

Today we will focus on Greek spirits.

1. Tsipouro: Produced everywhere in Greece, from the marcs that result during the production of wine. Peels, stones and sometimes stalks from the grapes, along with some of the juice, are distilled twice (once for Cretan raki), to produce the characteristic distillate with the botanical characteristics. Some producers also distill in the presence of anise, for a more aromatic and stylistically differentiated result.

In recent years, many producers will leave the product in barrels to age for a few years or more, a process that will provide a wonderful result with aromas of honey, nuts and tobacco, which can stand worthy next to corresponding international products.

2. Ouzo: According to legislation, ouzo is produced from any source of agricultural alcohol, which is then distilled together with aromatic elements and thus give the final style of each producer. Of these aromatics, anise is obligatory and, optionally, whatever the mind and experience of the distiller imagines, such as badian, fennel, cinnamon, nutmeg, coriander, angelica and many more.

There are other foreign drinks with anise, such as sambuca and pastis, but ouzo is considered superior in quality as it must be distilled with aromatics, while others can simply soak or spray the seeds.

It is served in a tall small glass and ideally comes in first, then add in a little cold water and, finally (optional), ice. This results in the ideal aromatic intensity and ouzo is not stressed, releasing all its magic.

3. Liqueurs: They are produced mainly by soaking and immersing aromatic elements in alcohol, while the highest quality ones by distilling aromatic elements. The options here are countless. From fruits and flowers, to mastic, herbs of the Greek mountains, exotic spices, you can choose between purely sweet but also bitter variations.

Things are quite easy here, since by nature tsipouro and ouzo work wonderfully with almost all the dishes of the Greek cuisine. Appetizers, of course, have a prominent place in the matches. Match everything that has meat and is generally earthy with tsipouro, while everything that "swims" will pair perfectly with ouzo and tsipouro with anise.

On the other hand, if you choose an aged tsipouro, put it next to nuts, raisins and chocolate or even a few slices of roe from Messolonghi.

Liqueurs are great on their own but, if you accompany sweets, make sure they are not heavy in sugar and "slimy". Where the experience takes off, is in the combination of Greek traditional sweets with fine dried grape spirits. Combine a milk and custard pastry with Muscat grape distillate and let us know if you liked it!

Avoid bulk versions of any distilled liquor at all costs. The chances that the producer has a product without chemical control and does not have the experience that will give him only alcohol and not the by-product of methanol are very high. The latter is a substance that can not be eliminated from our body and, cumulatively over time, has been blamed for many serious health problems.

Having a successful sales career, he entered into the wine world initially as a wine lover, continuously tasting and travelling in the wine regions of Europe, while actively communicating Greek wine through his blog. Certified as WSET Diploma, excelling with two scholarships (best overall performance, and best blind tasting skills in academic years 2016 and 2017). He has been wine consultant at a leading importing company, along with his responsibilities of strategy and communication of Greek wineries. 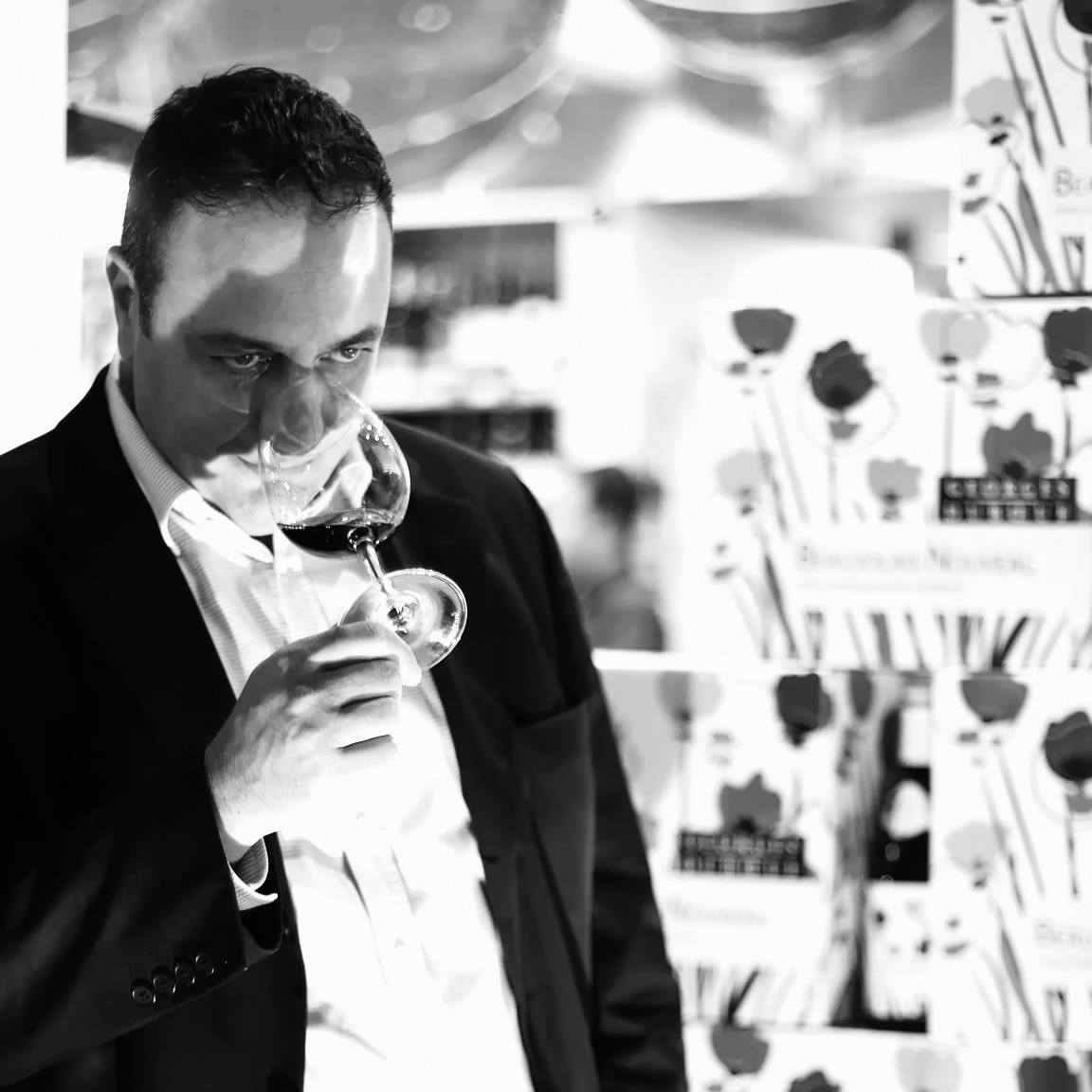