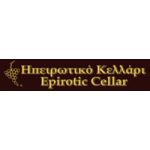 The involvement of the family in the production and marketing of food dates back to the mid of 19th century. The name of the family itself means "mother of the oil" and demonstrates their legacy. In the late 19th century, at Paramythia of Thesprotia, great production and commercial center then of Epirus, the family created a small business to make wine, raki and vinegar along with the oil marketing and simultaneously with the operation of a bakery and a restaurant. The restaurant operation stopped after the war, but the other activities continued till the early 1970s. In 1955, their wine won a gold medal at the International Exhibition of Thessaloniki. As the lifestyle and the economic data changed, the business closed and shortly afterwards so did the bakery. In the mid-70s, the young chemist Vassilis Vaimakis decided to deal with the old tradition of the family as an oenologist. He worked for years in various wineries of the country with remarkable and award-winning performances and became a recognizable name in the industry. In the late 90s, he decided to specialize in one particular category of vine products, the vinegar, whose tradition in our country was forgotten and the product itself was abused by the production industrialization. He established the craft in one of the most famous wine regions of Greece, Zitsa. Using local grape varieties, the first samples of his work were released in the market in 2005. His work was very quickly recognized, gaining the attention of connoisseurs and the general public. Tis business is operated by himself and his wife Catherine. Their first product was brought to the market under the name "Traditional Vinegar of Vaimaki Family".
Product Compare (0)
Show:
Sort By:

Vinegar, 5 years old, mixed with nectar of small fruit and herbal extracts of spearmint, mind and verbena. Served with trimmed ice as aperitif or digestive. ..

Vinegar, 5 years old, mixed with nectar of small fruit and herbal extracts of cinnamon, clove and coriander. Served with trimmed ice as aperitif or digestive. ..

An aged, mature vinegar with candy color and soft, spicy scent that refers to dried figs and raisins, with notes of pepper, cinnamon and paprika. Rich, velvety flavor with a spicy aftertaste that leav..