Yiannis Papargyriou and the King of the Mountains 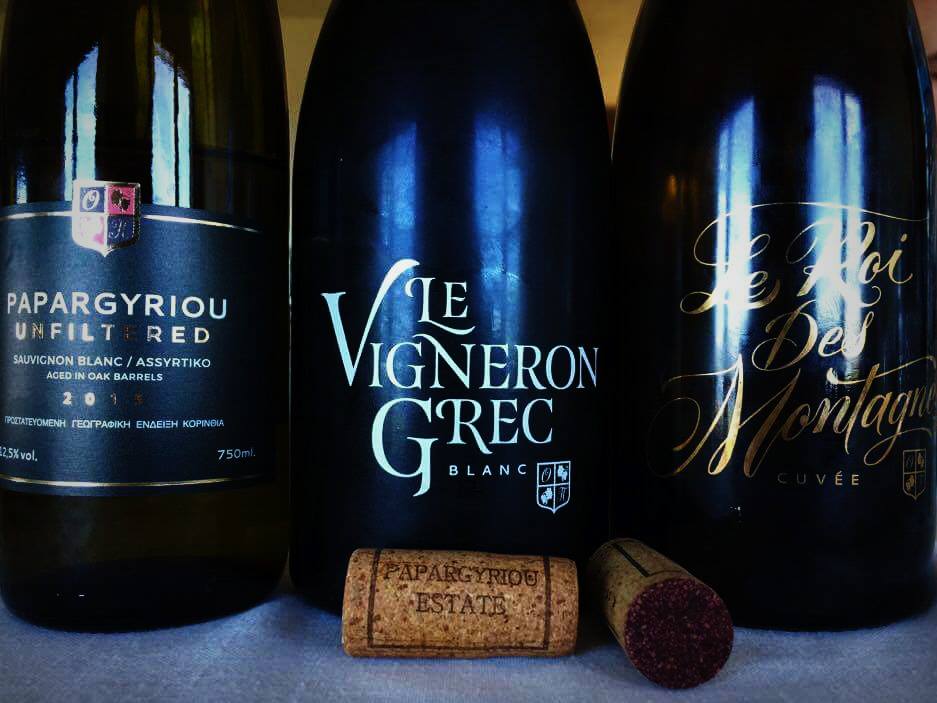 On Saturday the 8th we visited a winemaker and a partner of ours and to be honest we had been waiting a long time for this encounter. We visited Yiannis Papargyriou at his house in Lalioti, Corinth who gave us a tour around his cellar filled with the oak barrels, the winery as well as the family’s vineyards and he spoke to us about everyone and everything.

Intelligent and profound with self-sarcasm and with a well documented opinion on wine and all the social issues, he spoke to us for many hours about life, his wines, his plans and thoughts.

He studied Agriculture at the Agricultural University of Athens and later left for post-graduate studies at the Geisenheim Vine Institute in Germany. Since his return he has devoted himself into what he draws life from, the vine, the grapes and therefore his wines. The first wine bottle, the estate’s Rose had already been uncorked and we were prepared for a wonderful day.

He began speaking to us about the early years after his studies, his first anxieties and the big decisions he had to make about beginning his wine journey and as it seems he is being constantly vindicated. Continuous work enthusiasm, endurance and a book by Robert Parker, a friend once gave him, have shaped Yiannis’ strategy in considering low quality acre yields and always high quality production levels. As he told us, he had read it a thousand times and being so inspired by Robert Parker that he practiced everything he would learn. He never leaves anything to fate or luck, apart from the weather of course, which is something none of us can define. The excellent works being done with the vine and in the cellar give us the wines we know and some that we don’t yet know. Wines like the Mavrostifo which he has come to grips with lately, but also the Agiorgitiko which he plans on releasing over time, is a wine from a vineyard in the wine-producing zone of Nemea which he is already trying to acquire. The conversation continued on general subjects whilst an Unfiltered wine had already been opened and was being perfectly accompanied by a mushroom risotto made by Yiannis’ wife, Eleni.

Far from everyone and everything, Yiannis distances himself as much as he believes is appropriate and lets the wines and his work give all the answers. Subversive and ardent like a torrent, he comes back and constantly talks about the wine, his love towards olive oil, cheese, cured meat products and some thoughts he has on considering the future. Things are very simple, life is very simple, yet we are try and make it difficult, he points out. He continues to speak to us while answering his phone, attending to people who are visiting and buying wines, answering the phone again, comes back to continue our conversation and I constantly observe his energy. Now I know where it comes from.

Before I know it, a bottle of Le Vigneron Grec 2015 has been opened. It’s one of the estate’s few wines I haven’t yet had the chance to taste.  It’s an Assyrtiko from Lalioti in Corinth which is fermented with grape skins and the grape skins from a Moschato in Rio (in the Peloponnese) during the whole fermentation process. Unusual, unique, aromatic, balanced. Here we begin our journey towards the estate’s and the label’s deeper paths such as the emblematic Le Roi de Montagnes. The King of the mountains as it is translated from French to English. The title was inspired from the book by the French novelist Edmond Abu and is featured on the estate’s flagships the Le Roi de Montagnes Syrah & the Le Roi de Montagnes Cuvee. Two wines which contradict all facts with fairly high alcohol volume of 15% and 16% respectively and in my opinion represent the exuberance and Yiannis’ character more than the rest, strong and multidimensional.

The harvest was late and the grapes gave their best. With a Cuvee now in our glasses and I was once again admiring and photographing the bottle. This Cabernet Sauvignon, Mavrodaphne and Touriga was strong, exuberant, unfiltered, spent twenty four (24) months in the barrel, tamed and multidimensional. A true wine experience.

Our way down to the cellar was inevitable. We saw all the barrels and his cellar. We were the first to try Mavrostifo which is still being fermented and not even Yannis knows what this variety is going to give him, whilst we steal some Le Roi de Montagnes from the barrel, many a wine lover’s favorite Syrah.

The surprise had not yet come. Together with Yianni, we placed melted wax on some of the numbered Le Roi de Montagnes bottles, by hand of course, while Yianni explained the reason as to why something like this can only be done by hand. One by one almost 10.000 bottles. The passion and the search for perfection never stops, he said.

Next in line, was the 6th sweet wine made by Rio’s Muscat entitled “Late Harvest”. In ending our conversation we tried something Yiannis is experimentally vinificating and for which we cannot publish any details until he allows us too.

The sun had already begun to set and we hadn’t even realized it. We continued talking about everyone and everything but mostly about our great love, wine. I understood how a great wine is created and what it is to go against stereotypes and making your own way by following your instinct.

One more trip was coming to an end, full of wine delight and experiences.

Visit producers, try their wines and get inspired.

We would like to thank Yiannis Papargyriou and his wife for the hospitality and the estate’s unique wines, visit our page Papargyriou Wines to see a full selection of the excellent wines Yianni is producing! 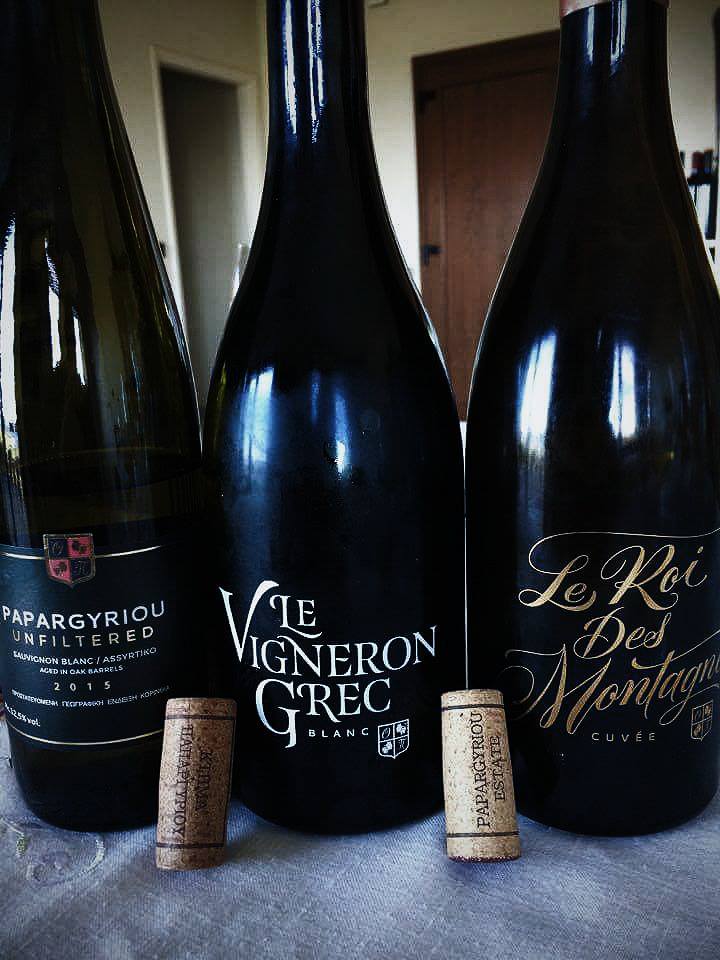 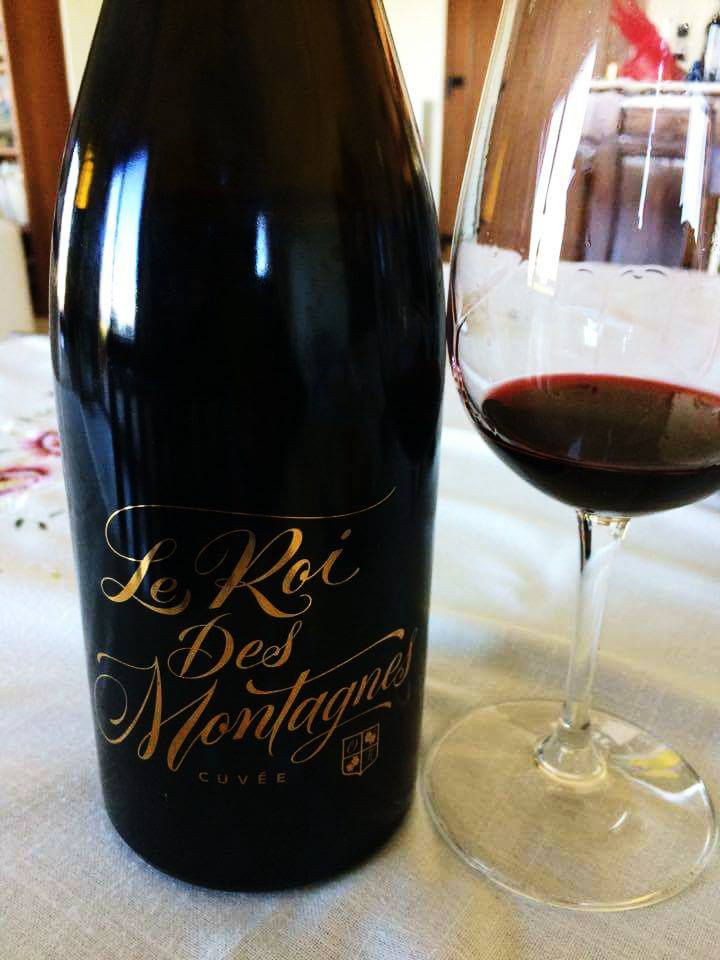 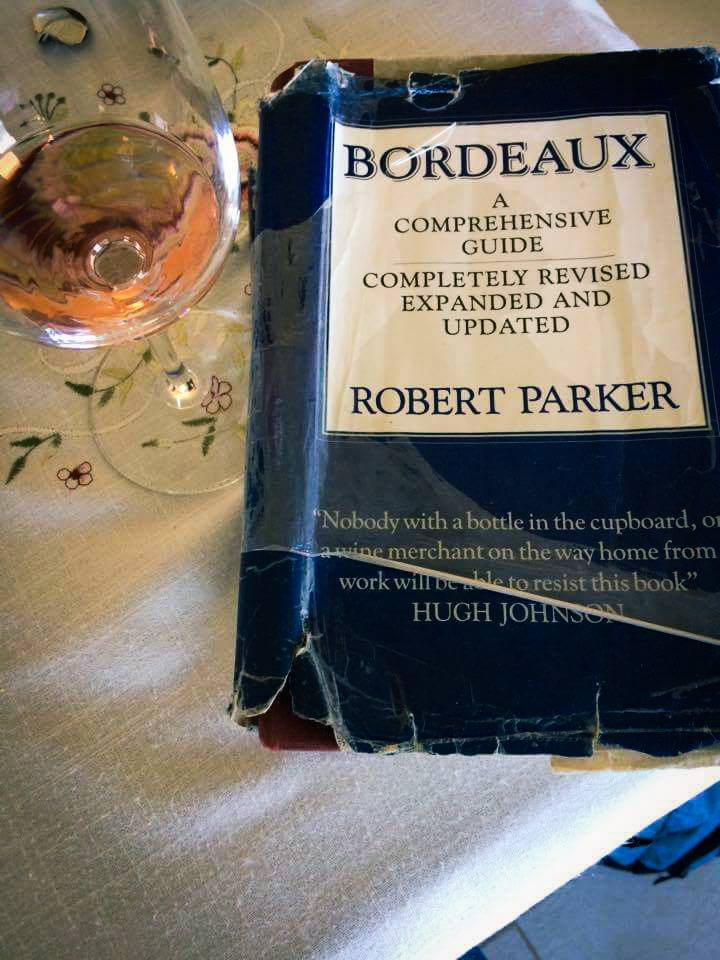 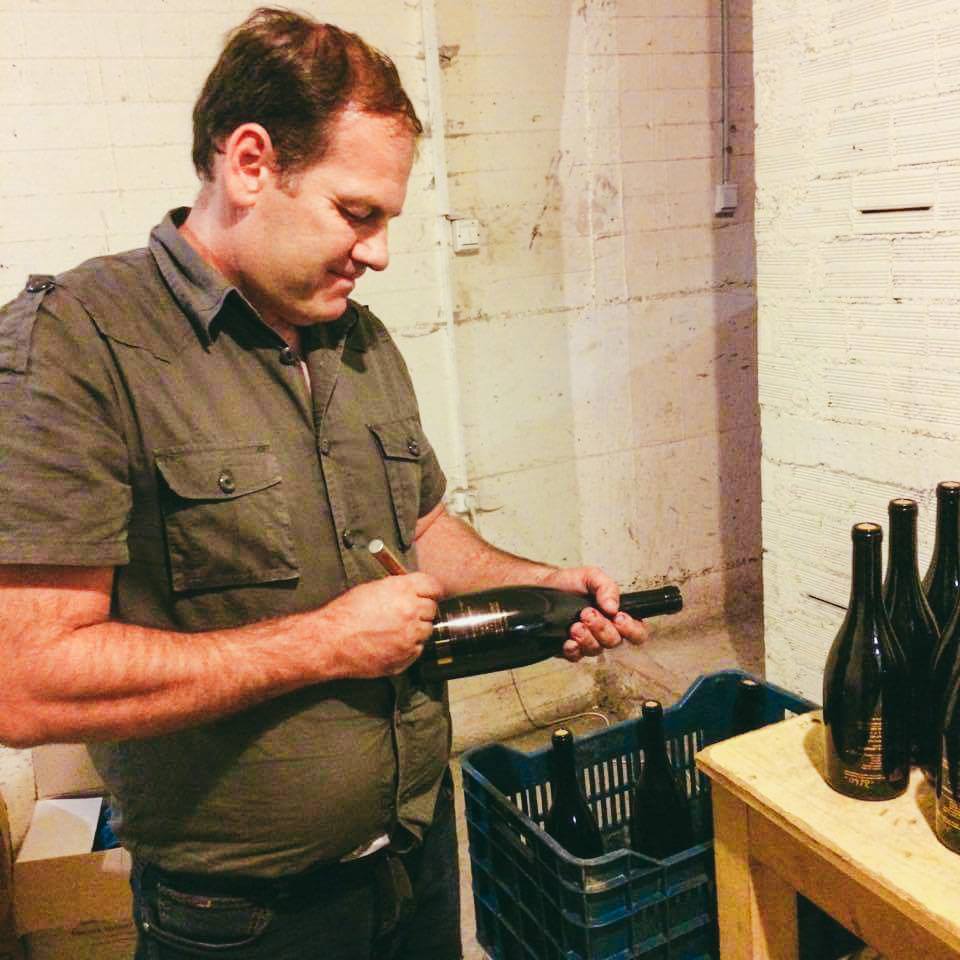 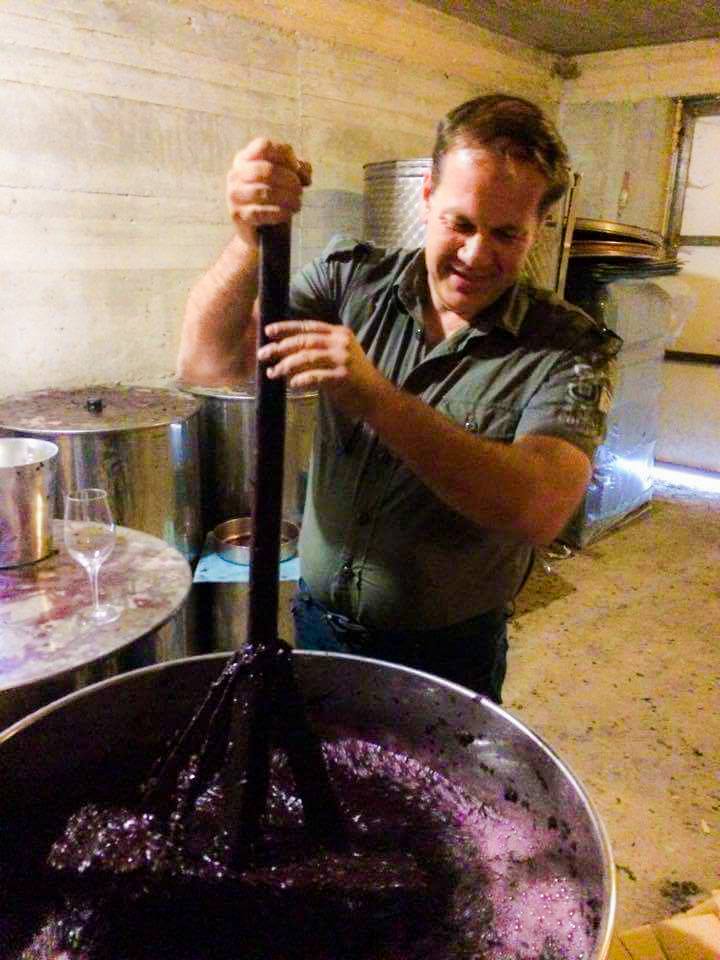 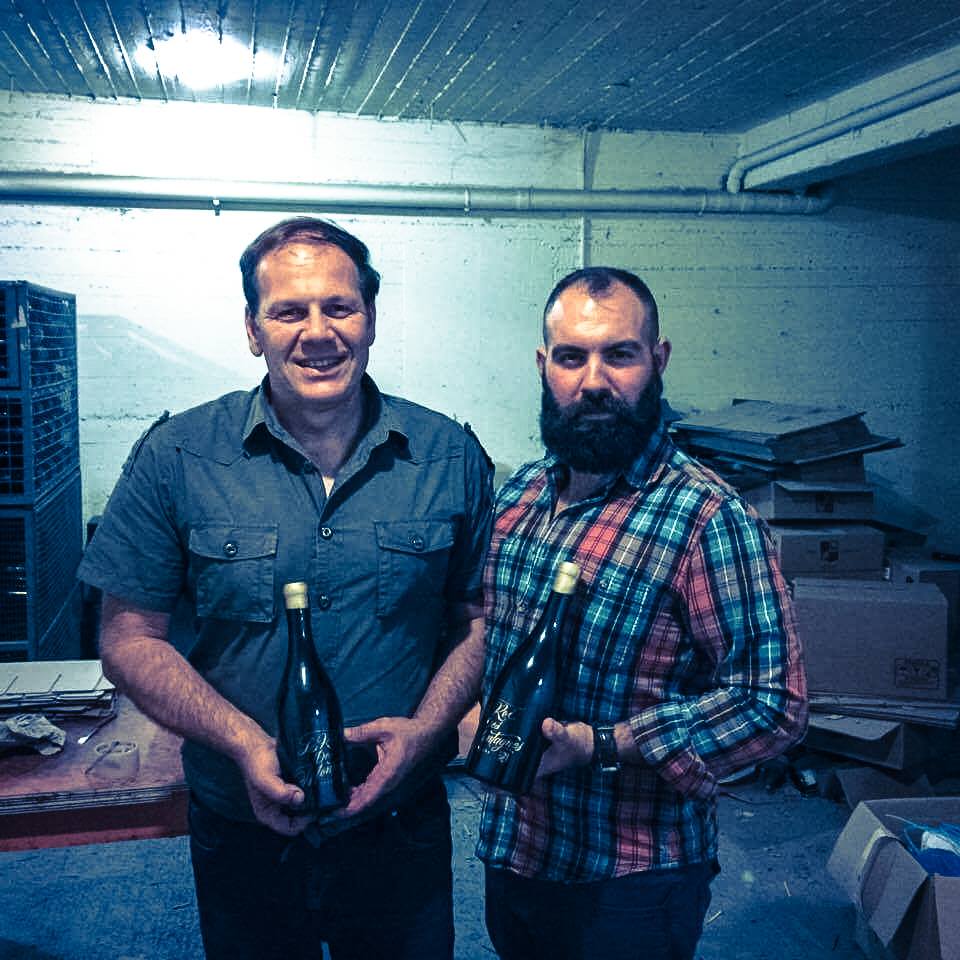 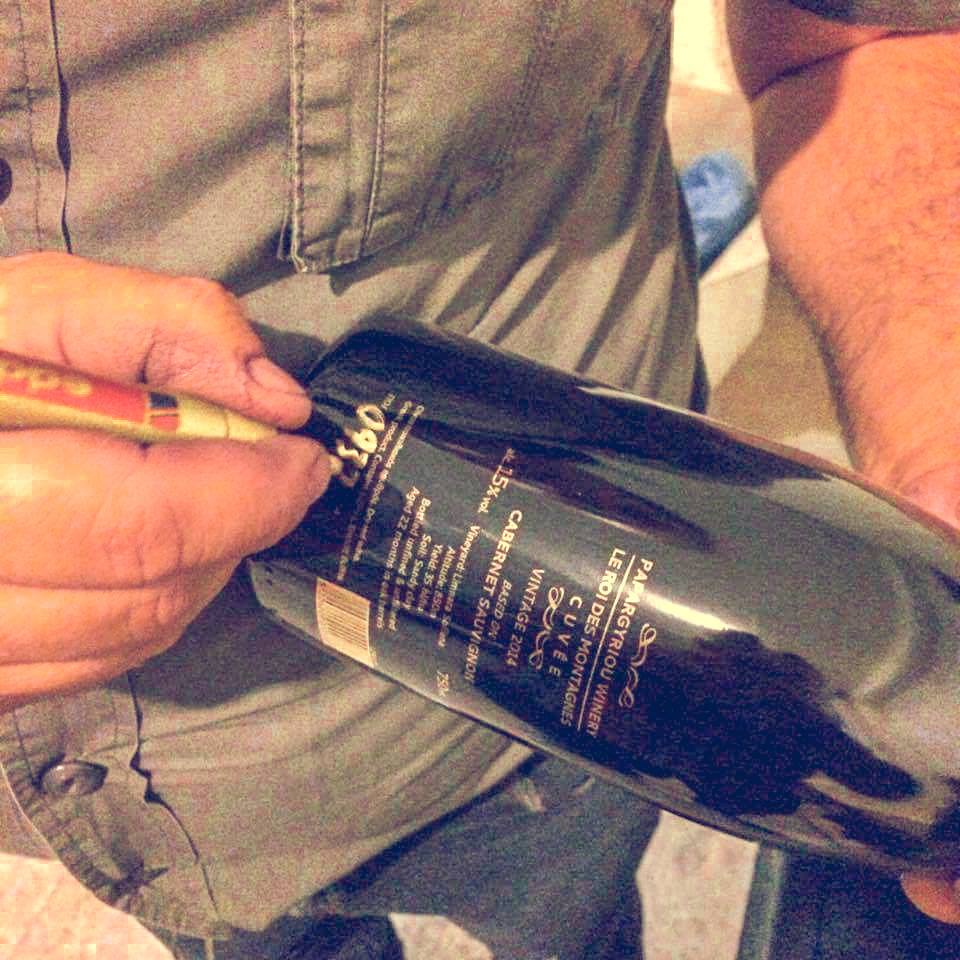 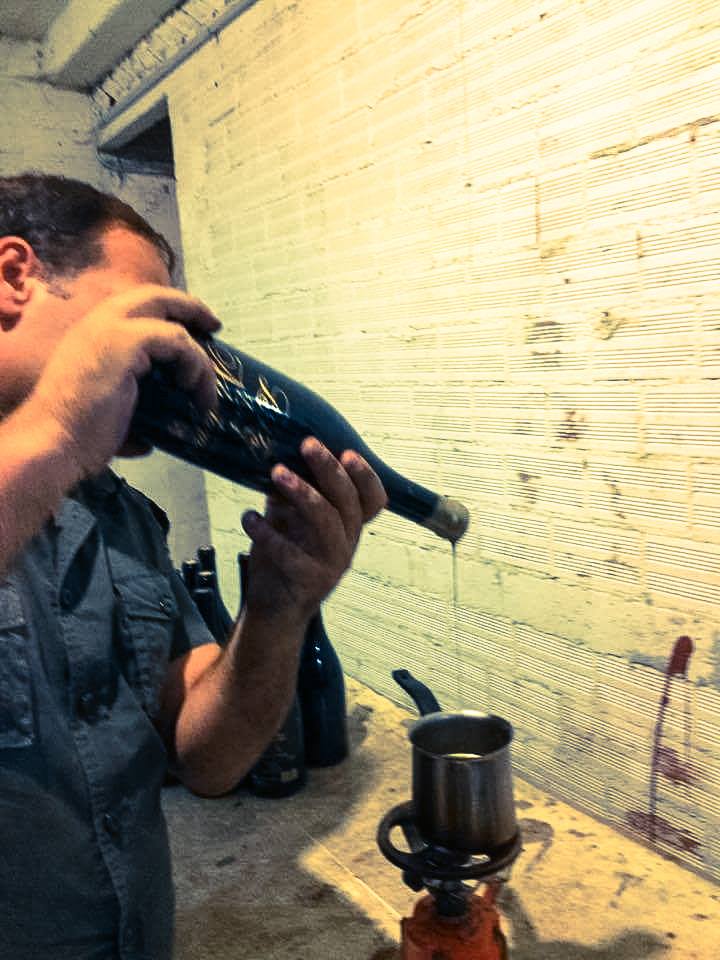 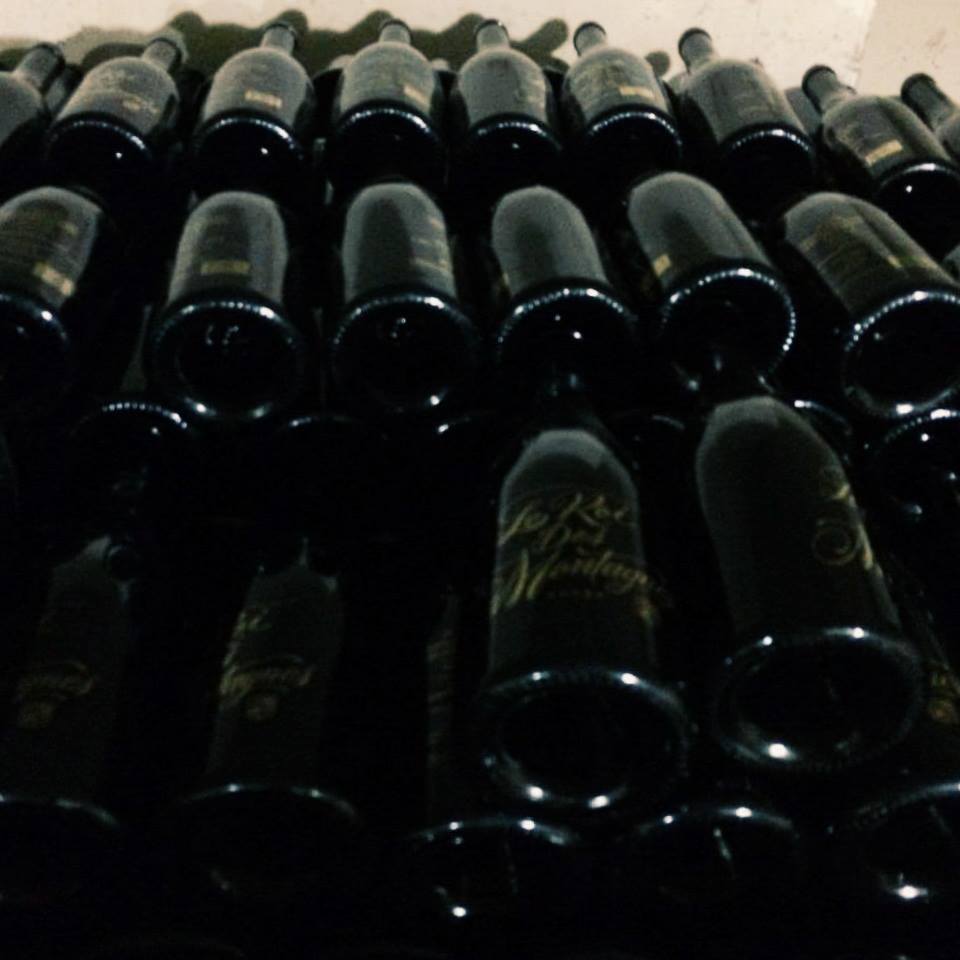 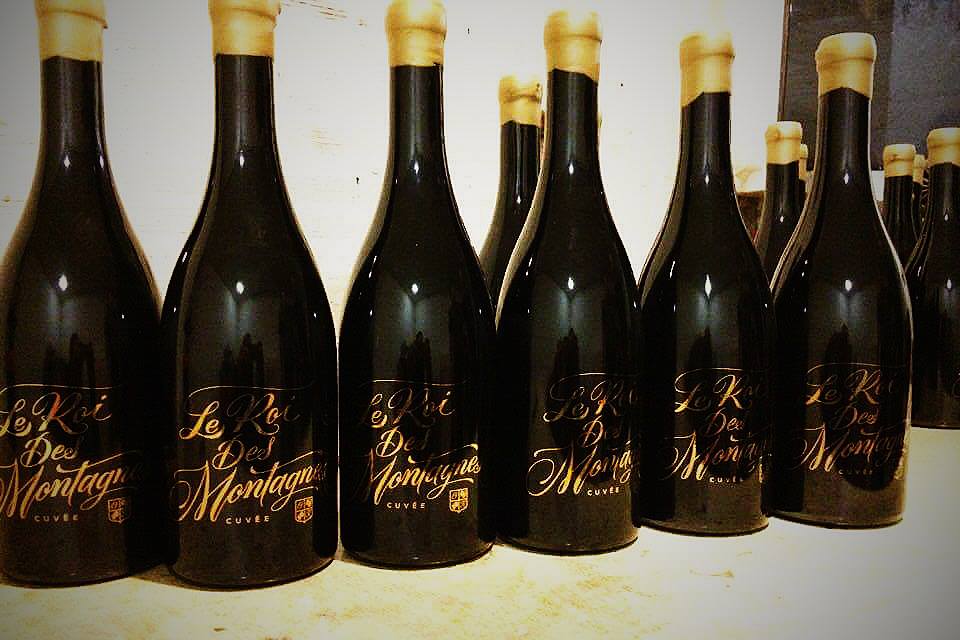