A short story about Dionysus 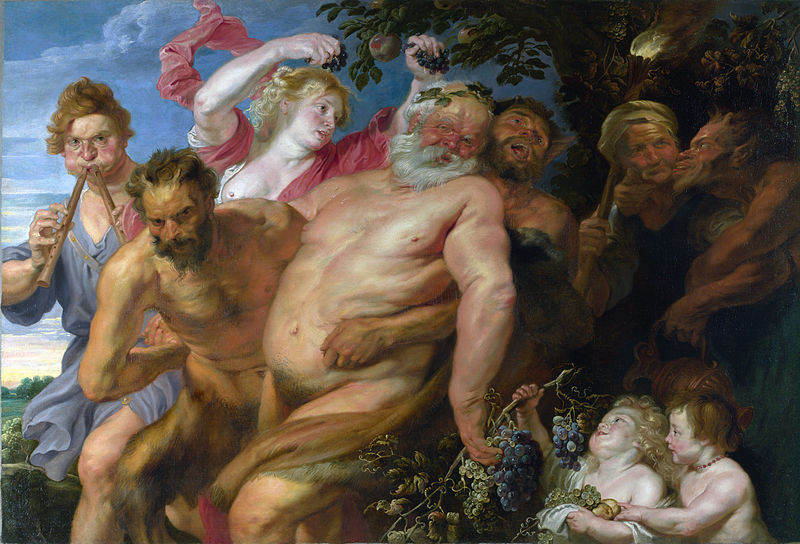 Who could ever think of Greece existing without grapes and vines, a country in which up to this day more than 300 different grape varieties are cultivated. It is no coincidence then that the worshiping of Dionysus emerged here and wine crop was re-evaluated via association to man’s most significant moments.

A long kept secret is that Dionysus and wine were both a victim of religious bullying in ancient Greece. Strange as it may seem, Dionysus was the most persecuted amongst the Greek gods. He was never given the right to become a member of the Twelve Olympians nor was he ever considered equal to them. Moreover, he was usually degraded to a semi-god for being the son of Zeus and of a mortal mother known as Semeli. In fact within Greek mythology, Dionysus was excluded from residing in the residence of the Gods on Mount Olympus and was condemned to roaming the hills and valleys of Greece.

In the very beginning Greek mythology presented Dionysus as roaming the Greek wilderness in the company of Seleni, Satyrs and Maenads. On his travels the first humans he came across were herds of wandering nomads. Myth has it that one of them, Stafylos, was the one who first presented a bunch of grapes to the king of Aitolia, Oineas, and then later was the first person to squeeze the juice out of the berries. Ancient Greeks were the first to come into contact with the ecstasy of misuse of wine consumption who at first were suspicious towards wine. This was made known to us by the tragic story of King Icarios of Athens. Icarios, following Dionysus' instructions kept his wine stored in a place where a bunch of wandering nomads who happened to be guests of the king found and drank it. The ecstasy of drunkenness that followed which unknown to them was perceived as an attempt by Icarios to poison them and so in their drunken state they slaughtered the King. Stories like these emphasized the initial connection between Dionysus and Pan the God of wild life and protector of shepherds.

The lure of the wild vine, the planting of the first vineyards along with early wine production caused the separation of the two friends. There was no place for roaming nomads in an organized city-state where vine growers became hostile against the presence of herds ravaging their vineyards. Thus, the goat-like God and his lookalike Satyrs were expelled and left to wander in the mountainous wilderness while Dionysus along with the horse-like Selinus kept on roaming amongst people in cities and fields.

The integration of Dionysus’ worship in the Olympic Pantheon was not without trouble even after having renounced his close friend Pan. It was the story of Drakon a member of the ruling oligarchy whose harsh measures among other issues forbidding the worshipping of Dionysus in the ancient city of Athens. In Modern Greek whilst trying to describe harsh and severe measures, Drakon’s name is still used as an adjective. The knowledge of vine growing and the expanding significance of wine in Ancient Athens’ economy came later to tear down Drakon’s laws and to set the strong foundations of Dionysus’ worshipping. The differentiation of Dionysian religion in relation to the twelve Olympians was that Dionysus requested no sacrifices from humans in order to grant them his goodwill. Also in contrast to the Olympians, Dionysus was not a mean nor a vengeful God who enjoyed seeing humans suffer. On the contrary he was the God that through the consumption of wine and the subsequent state of intoxication relieved It’s been many centuries since the last worshippers of Dionysus stepped on Greece. Today Greeks grow vines and drink wine thanks to the achievements of modern science and technology.

Though there aren’t many secrets left unrevealed in the field of oenology and viticulture we still need to take into consideration that many of our drinking habits derive directly from the ancient era mentioned above.

Today it is known that wine consumption is quite beneficial for our health yet what is more significant is that the very pleasure of drinking wine can be increased when in good company. It is beyond any doubt that the process of drinking wine is a human-centered ritual.

Even the habit of raising glasses before drinking is always performedat head height. This gesture suggests that it is addressed to man and not to some higher entity that would have us stretching our hands way above us. In addition to this, Greeks still wish “Stin igia mas” (to our health) making it crystal clear that raising glasses and drinking wine has always been a deeply human case.

In this way every time a bottle of wine is opened, the participants of this little fest unconsciously follow the trails of the wandering fellowship of Dionysus. For those lucky enough to travel through Greece and discover its vineyards, many unforgettable beauties and experiences await them on this ancient land. For the unlucky ones, it rests to their imagination to guide them on these ancient soils through the aromas and the flavours emerged by every sip of Greek wine.

… a small toast to Greece and its grapes and to the God that produced them, Dionysus.