It is no secret that Santorini is the most precious gem of Greek wine, producing wines that are distinguished for their salty taste, high acidity and great aging potential. However, it is hard to find mature bottles which remain extremely scarce and justifiably expensive.

We in Greece and Grapes have the pleasure to offer you the very first and second vintage of Santorini Canava Chrissou–Tselepou, in their elegant woodbox. The wines from 2014 and 2015 vintage come along detailed notes and tips for enjoyment. 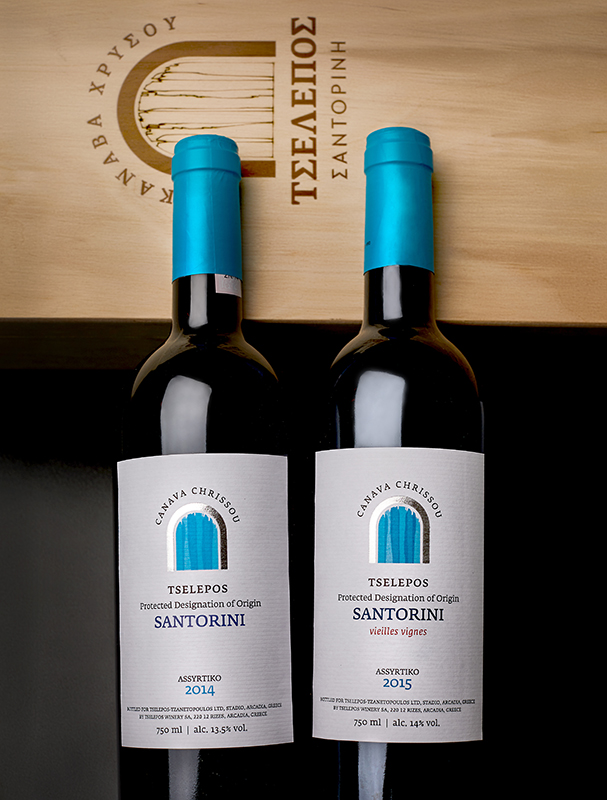 "First of all, it is a pity that most of Santorini is consumed far too young. These unique wines, from this blessed terroir of Santorini, require both time in the bottle and in the glass, to unfold their true potential. Τheir evolution reminds me of the Ugly Duckling story, where the duckling matures with time into a beautiful swan. Therefore, to have available side by side 2014, which was the first vintage of Chrissos-Tselepos Santorini, and the next vintage 2015, is both a privilege and a rare opportunity for anyone who wants to explore and understand the magic of these wines.

The two wines are very different to each other, which reveals the importance of vintage variation in the island. 2014 is incredibly salty and in perfect shape , summing up the island's terroir in one bottle, while in 2015 is a a touch richer while retaining its gentleness of origin."